Why “Just Kidding” Isn’t Funny: The Two Types of Kidders

How do you feel when someone says just kidding? Do you believe that she didn’t really mean what she said? Were the words she spoke hurtful or offensive? Kidding can be a cover-up, and it’s usually not funny at all.

As an example, a while back someone I’m close to jokingly made a negative reference to one of my physical features. The person didn’t seem to realize the words hurt me, so I didn’t say anything. I was too embarrassed to say anything. It happened a few more times before I finally talked to the offender about how the words affected me.

“But I was just kidding,” the person responded, chagrinned. 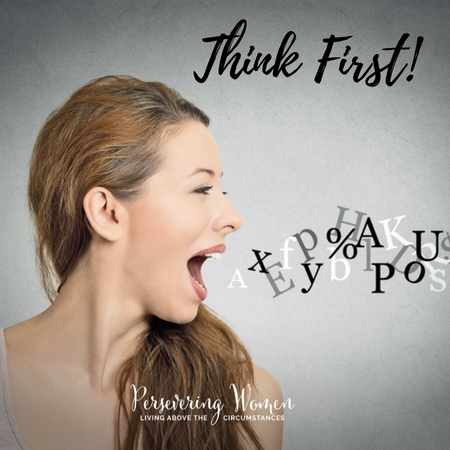 This kidder typically doesn’t give her mouth time to catch up with her brain. And she (or he) is sometimes insensitive to the feelings of others.  She doesn’t have a clue that she’s offended with her words.

Let me describe the affect this “kidding” had on me.

It changed the way I saw myself. What hurts most about “just kidding” is that there’s almost always an element of truth in the joke. We don’t often joke about things that are blatantly untrue. So I became acutely aware of the flawed features. I thought everyone was looking at my big nose and my little eyes and a few more unbecoming things. The kidding made me self-conscious. I would look in the mirror and say, “My eyes really are little!” I had never thought much about it before it was jokingly brought to my attention. For some time, that was the first thing I saw when I looked in the mirror.

Focusing on our flaws is not good.

God wants us to be God-conscious, not self-conscious. If we’re always looking at what’s wrong with us, pretty soon that’s all we see. Anything that takes our eyes off the Father makes the enemy happy. So if we cause a person to focus on the negative, we’re helping the devil do his work.

Another ill affect was that the kidding caused me to be constantly comparing myself with women who had big eyes and little noses and other stuff I didn’t have—or had too much of. I became uncomfortable around these women because I thought I was being compared to them and coming up short. The kidding wasn’t funny, and it was hurting me deeply.

To the kidder’s credit, they (improper English used to protect the guilty) realized what they had done and sincerely apologized. I accepted the apology and truly forgave them, but the damage was done.

You can’t take words back.

They don’t just disappear because someone says “sorry.” Words are powerful things. Especially when they come from people close to us. The effect of them can linger for a life time. It takes work to let words go.

There’s another kind of kidder that I would dub The Calculating Kidder.

This kidder wields words like a weapon then covers them with a laugh and a disclaimer. “I was just kidding.” Or “Can’t you take a joke?” This type of kidder can be passive aggressive. Their words are meant to wound. They hide behind jest because they don’t want to risk real confrontation in which they might be challenged. They’re cowards. And their words can kill.

Proverbs 18:21 Death and life are in the power of the tongue; and they who indulge it shall eat the fruit thereof.

What are the two main functions of the tongue? To help us talk and to help us taste.

So what happens to people who indulge their tongues to wound the people around them? That second function of the tongue is taste. The last part of Proverbs 18:21 says . . . they shall eat the fruit thereof.

If we use our tongues to hurt others, even in a joking way, we are the ones who are going to have to taste the bitter fruit of our talk. Show me a person who makes fun of other people, jokingly or not, and I’ll show you someone who is not really happy, least of all with herself. She’s going to become like the fruit of her words: bitter, sour, hard, unusable. No sweet taste on her tongue. That’s not a happy place to be.

So, what is the Vocabulary of Kidding these days? 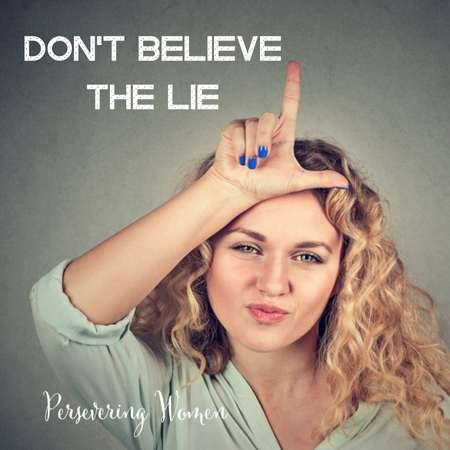 Matthew 5:22b . . . and whoever speaks contemptuously and insultingly to his brother, ‘Raca’ (you empty-headed idiot)!’ shall be guilty before the supreme court (Sanhedrin); and whoever says, ‘You fool!’ shall be in danger of the fiery hell. (Amplified)

Jesus never skims the surface. He always digs down to the root of our actions. The eighth commandment says not to murder, that the person who murders will face judgment. But Jesus went on to say that the person who is angry with his brother will face judgment. He equates anger with murder. We wouldn’t equate the two. After all, murder is much worse than anger, isn’t it?

But Jesus digs further. There’s a root cause of anger.

In her book, The Way of Restoration, Rachel Starr Thomson writes this about the root of anger.

Jesus begins by addressing anger, but he goes deeper, to the real problem, the real issue at hand. Anger, it turns out, is just a front.

The real issue is contempt.

The real reason for racism, for domestic violence, for injustice against the poor, for classism, for fraud, for religious persecution, for ethnic warfare, for our world of broken and battered relationships.

Contempt for others lies at the base of them all.

Jesus, the absolute master of morality, is not just picking an arbitrary list of petty sins and smacking our hands for them. He’s not leveling outlandish consequences on minor infractions of a list of rules. Jesus is a moral genius, and in Matthew 5, he goes directly for the roots of our problems, individual and societal.

Rachel goes on to explain the connection between Agape and respect.

She felt she was missing something in her understanding of Agape love. She found it in a scholarly work discussing I Peter 2:17. The scripture reads, “Honor everyone. Love the brotherhood . . ..” The author of the work said this:

“The Agape he prescribes is not a higher quality than respect . . . it is simply a special, affectionate kind of respect reserved for brothers.”

Rachel came to the conclusion that Agape love is the love that respects. 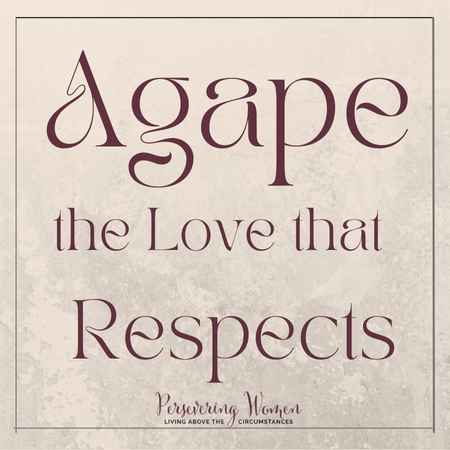 John 3:16 For God so loved the world, He gave His only begotten son, that whosoever believes in Him should not perish.

God’s love for the world was Agape. It was a love that respected those who hadn’t earned respect. God honored and esteemed the world. He gave them the love that is reserved for family. He gave up His own family, His only son, to offer them eternal life. He didn’t disrespect them, and He doesn’t want you to disrespect them. Not even if they’re vile and sinful and evil. God honored them with the sacrifice of His son. Whether they choose to believe and accept it or not.

That’s why God is angry when we disrespect others.

If we don’t respect people, we don’t love them. We can’t call people vile names because we don’t like their lifestyle or their religion or their politics and claim to love them. It just isn’t true. Agape is the love that respects.

Just a word about the hell we’re in danger of if we call people fools. The word refers to Gehenna. Gehenna was a place outside the city of Jerusalem. It was a place of judgment by fire. God’s judgment is hot. It’s full of fire. And it demands respect. It demands Agape.

Matthew 12:36 I tell you, on the day of judgment people will give account for every careless word they speak.

Scary, huh? That we would have to account for all our careless words.

This scripture tells me something. It tells me that God keeps track. He remembers every disrespectful, hurtful word we speak to one another. He also remembers the disrespectful words that have been spoken to us. That made us bitter. He hurts for us, but He doesn’t give us a pass for hurting other people.

There are two four letter f-words that I hear a lot. 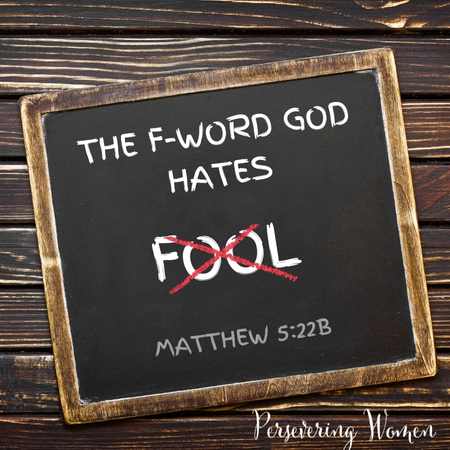 I don’t like either of them. But I believe the one we hear everywhere, every day is not the one that God is most concerned about. Fool is what makes Him hot under the collar.

Some of you may think I’m saying God doesn’t want us to have a sense of humor. That he just wants us to go around with a Bible in our hands, praying, acting religious. That’s the furthest thing from the truth. Jesus had a sense of humor. He laughed. He had camaraderie with his disciples. When my family gets together we have fun. I’m sorry to say that it’s not always as it should be, but laughing together is good. And teasing can be okay if it isn’t at someone else’s expense. We know the difference. It’s the difference between roasting and ridiculing. It lacks contempt. It is conscious of the affect it has on the person who is being teased.

James 1:19 tells us to be quick to listen and slow to speak.

Most of our relationship problems could be solved by following that scripture. Think before you speak.

Next time the words “just kidding” are on the tip of your tongue, bite your tongue. Don’t say it. Own up to your words. Don’t cloak them with denial. Let the Agape love that respects, rule in your hearts and minds. God’s Agape love extends to you too.

Our next article is going to be about how to change the way we talk and the way we let others talk to us. Rebecca’s going to be sharing some wonderful tools that will help you be more honest in your relationships.