When We Judge God: The Importance of Believing the Bible

So we hold up the Bible on one hand and what we believe to be right on the other, and we make a judgment. Unfortunately, many of us come to the conclusion that the Bible can’t be true, because if it’s true, this thing we hold as good is actually bad.

We become the judge of what is good and bad. 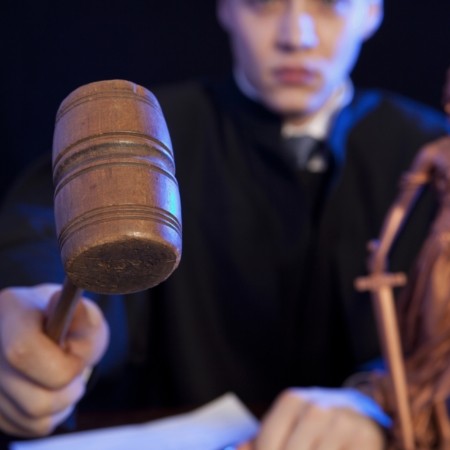 The problem with us humans playing judge is we all have different ideas of what is right and what is wrong.

What would you say to the man who says it’s all right to abuse his wife and children? That his wife is property he can dispose of at his will? That he can have her killed or kill her himself if she defies him. Or that he, or any male in the family, can kill his daughter for what he decides is immorality. You would raise your voice in protest, wouldn’t you? But there are men all over the world who honestly believe that they have such rights—and their governments back them up. Terrible you say. Everyone knows that’s not right.

Does everyone know it’s not right to rip a baby from its mother’s womb? Piece by piece? Stop its beating heart? No. Everyone doesn’t know that.

We’re really not good judges of right and wrong. Not at all. We need a guide. Something bigger than ourselves. Something that transcends the current school of thought, because schools of thought change. Morals change.

I don’t believe so. Each person’s conscience is informed by his or her own belief system. Our conscience changes with the times. I have to admit, my own conscience has been revamped through the years. Modernized. Things I would have never watched on television years ago slip by my eyes without a blink. But it’s the Word of God that convicts me and causes me to realign. It purges my conscience.

The “her” in the following scripture is referring to the church.

Ephesians 5:26 So that He might sanctify her, having cleansed her by the washing of water with the Word (emphasis mine).

If I didn’t have something greater than my own mind to inform my choices, I would just do whatever felt good. And things that feel good are sometimes very bad for us.

Proverbs 21:2 Every way of a man is right in his own eyes, but the Lord weighs and tries the hearts.

What does He weigh the heart against? There are two sides of a scale. The Greek definition of the word “weigh” is balance. God’s truth is what “our” truth has to balance against or it will tip the scale, and we’ll find ourselves lacking. 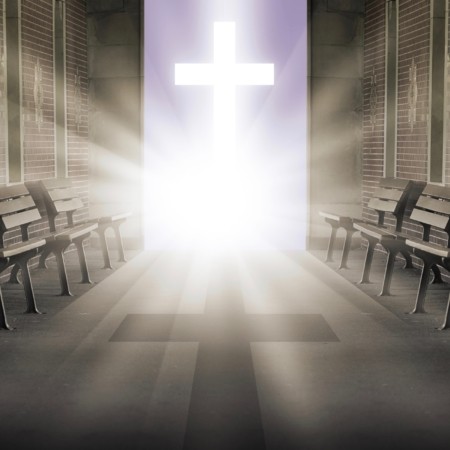 Why is it so important that we believe the truth and not a lie?

Because, eventually, we will stand before the true judge. And what criteria will He judge us by?

John 12:48 The one who rejects me and does not receive my words has a judge; the word that I have spoken will judge him on the last day.

Imagine it: standing before God at the judgment. Every one of us will do it. Like it or not.

God will use His Word to judge us on that day, and, yes, I know that His Word is not just the Bible. God speaks in many ways, but I don’t believe He contradicts Himself.

II Corinthians 5:10 For we must all appear before the judgment seat of Christ, so that each one may receive what is due for what he has done in the body, whether good or evil.

And who will decide what is good and what is evil? God. Not you. Not me.

You can see why Satan has done everything possible to undermine our belief in the Bible. He’s been fighting God’s Words from the beginning. What did he say to Eve in the garden?

Genesis 3:1 Now the serpent was more crafty than any other beast of the field that the LORD God had made. He said to the woman, “Did God actually say, ‘You shall not eat of any tree in the garden’?”

That was the doubt Satan planted in Eve’s mind. He’s still trying to plant that doubt in our minds. If he can convince us that God didn’t say, then we will be our own judge of what is right and wrong.

The primary assault on the Bible these days is that it was written by men who interpreted the things they heard and saw through their own understanding. That the Bible is not inspired by God.

But the men who wrote down the scriptures declared that the words they wrote were, indeed, inspired. So either they lied and you can’t trust anything they said—or they told the truth.

II Timothy 3:16 All scripture is given by inspiration of God, and is profitable for doctrine, for reproof, for correction, for instruction in righteousness:

II Peter 1:19-21 And we have the prophetic word more fully confirmed, to which you will do well to pay attention . . . no prophecy of Scripture comes from someone’s own interpretation. For no prophecy was ever produced by the will of man, but men spoke from God as they were carried along by the Holy Spirit. (emphasis mine)

Some people are particularly skeptical of the words of the Apostle Paul.

That’s nothing new. The following scripture explains how some “ignorant and unstable” people misinterpreted Paul’s words even as he wrote them.

II Peter 3:15-16 And count the patience of our Lord as salvation, just as our beloved brother Paul also wrote to you according to the wisdom given him, as he does in all his letters when he speaks in them of these matters. There are some things in them that are hard to understand, which the ignorant and unstable twist to their own destruction, as they do the other Scriptures. (emphasis mine)

I’ve actually seen lips curl in disgust as some Christians talk about the apostle Paul—the man who wrote most of the New Testament. Peter admitted that some things Paul wrote were hard to understand. But Peter said that Paul wrote according to the wisdom that was given him. So are we to discount everything Peter wrote as well because he believed Paul was inspired by God?

Notice Peter said these ignorant and unstable people who thought they knew more than the Apostle Paul twisted his words. Could that be happening today?

There’s an interesting book about the Apostle Paul’s teachings called Paul, Women and Church by Eddie Hyatt. He gives some credible explanations of many of the scriptures people use to vilify Paul as a woman-hater. I can’t vouch for every word of the book, but the author has some very compelling theories. It’s worth reading.

So what do we do if we read something in the scriptures that we just can’t believe?

There are a couple of things. First, we can take into consideration that perhaps we don’t have the big picture. We shouldn’t take one isolated scripture and build our belief system on it. It has to be taken in context with the rest of the Scripture and with the culture and practices of the time. 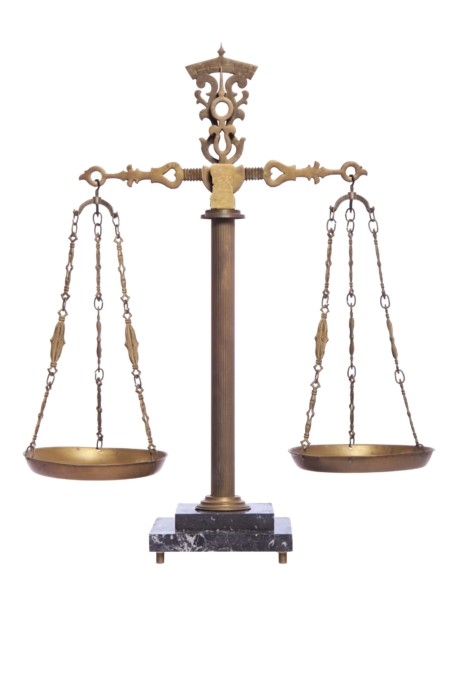 Perhaps we’re not interpreting it correctly.

Some versions of the Bible have been very loosely translated. It’s important to look at the original meaning of words. For those of us who can’t read Greek or Hebrew, we have tools like Strong’s Exhaustive Concordance, which defines every word in the Bible.

But sometimes we read the Word, and we still have honest doubts.

What do we do with them? We don’t have to have an answer to every question. When we were children, we peppered our parents with questions that we didn’t have the life experience or perspective to understand.

If we have a loving, respectful relationship with God, it’s okay to tell Him, “Father, I just don’t understand this. It doesn’t seem right to me.” But when we assert ourselves as the judge, we’ll have to answer before the real Judge someday. I don’t want to be in that position.

The Bible is God’s Word to us.

It’s not just a book of rules. It’s not a weapon to be used against people who believe differently than we do. It’s His love letter. An honest reading of the Scripture will reveal a God who so loved the world He gave His only son to die in its place. John 3:16. 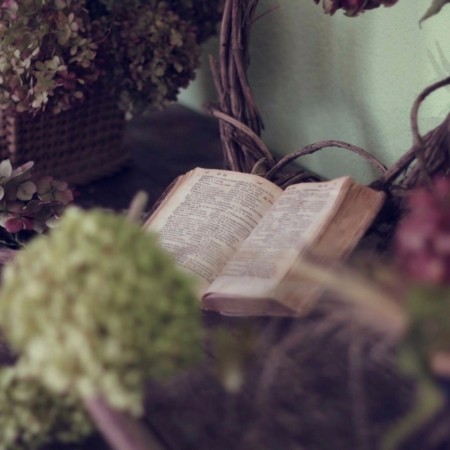 We get to know God through His Word.

And the more we know Him, the more we love Him, and the more we love the world He died for. When we get to know God through His Word, we see that He’s not trying to hurt us or deprive us of anything. He’s a loving Father who knows what we need. What will be best for us in the end.

My heart breaks when I hear people who claim a relationship with God say that they don’t believe the Bible to be the inspired Word of God.

It’s a fearful thing to stand in judgment of the Almighty God. I pray that all of our readers who struggle in this area will weigh their hearts against the Word and hesitate to say they know more than the men who wrote it or the God who inspired them.

John 20:31 but these are written so that you may believe that Jesus is the Christ, the Son of God, and that by believing you may have life in his name.

The Word was written so we could have life. May we live it well.

And if you haven’t subscribed to get our new blog posts about once a month, please fill out the “Let’s Connect” form below. It means a lot to us to be able to get news to you when we have it. And you can unsubscribe at any time.