What I Learned From Watching My Husband Die 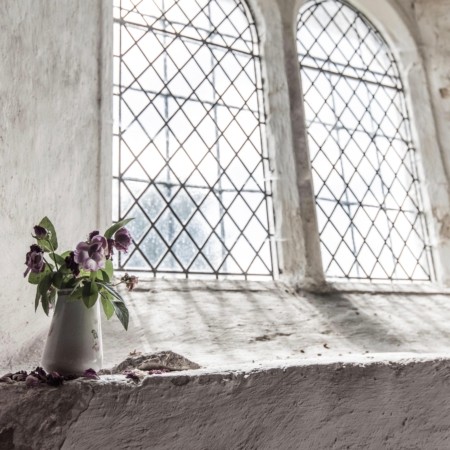 The night my first husband died, we (sons, daughters, friends, wife) spent the evening singing and praying at his bedside, hoping he could hear us: that our tears, our songs, our celebration, our mourning would stir the spirit within his rapidly failing body.

Residents and nursing staff joined us or stopped in the hall to listen, tears streaming down their faces. They had come to love Bill. He had made an impact on their lives.

Every little while he stopped breathing, and we thought he was gone. The nurse counted–one, two, three, four, sometimes up to twenty seconds. We exhaled in unison each time his breathing resumed.

Late into the night, everyone had gone but me. Peter, our oldest son, stayed the longest. His father’s guardian and image, he’d spent most of the night in the uncomfortable straight-backed chair the nurse had brought in. He’d only gone home for a few hours sleep because she assured him it would be a while—maybe another day.

The breathing seemed to keep a more even rhythm towards morning. The cadence of breath and pumping oxygen lulled me into a light sleep.

The days had been long, but I wouldn’t leave. My husband of forty years was at the threshold of eternity, and I was determined to be there when he crossed over it.

Early in the morning, I heard someone call my name. My eyes flew open. When I saw the nurse, I stood and leaned over the bed–close enough to feel the wisp of breath flutter against my face. Then it stopped. I counted one, two, three, four . . . twenty-one, twenty-two, twenty-three. He was gone. I exhaled the breath I hadn’t known I was holding.

I cried–and then, I marveled.

I had witnessed something amazing. There was no life to raise the still chest or open the sagging lids. There was no spirit in the broken body. It was gone.

“To be absent from the body is to be present with the Lord.”

At that moment I realized that my husband was not the gray-haired shell that lay on the narrow bed in room 143 of Yuma Life Care Center.

He was a spirit, created in the image of God, who was now and would ever be worshiping around the throne of the God he had served so faithfully.

Helen looked at the clock and noted time-of-death—7:45 A.M.. I noted time-of-transition. At 7:45 A.M., April 10, 2009, Bill Thompson put aside his earthly tabernacle and ascended to the throne of God.

Watching my husband’s passing brought me new awareness: The person I look at in the mirror is not the real me. I am a spirit who lives temporarily in a body.

I am a resident of heaven, not of this earth and someday I, too, will leave this house of flesh behind and, in a moment, be in the presence of my glorious God.

I’ll see you there, Bill.

Please subscribe and get email notifications of new posts.

And don’t forget to comment. Tell me your story or start a conversation.