The Struggle for Love: The Story of Leah

Many of you know that I’ve been writing a novel for several years. Not that it takes several years to write a novel—it took me several years to hone the craft of fiction writing (still working on it!). Well, the book is completed and will be released soon. Thank you Jesus! A little further down you’ll be able to read an excerpt from the book, but first I want to share a little about the story and how I came to write about this particular Old Testament woman. I’m sure most of us can relate to Leah. Even if you’re not into Biblical fiction—I believe there’s something about Leah’s struggles that will touch your heart.

Many years ago, while I was reading through the Bible, I came across the story of Jacob and Leah in Genesis 29. Jacob had stolen his brother, Esau’s, birthright and fled to the north country where his uncle Laban lived with his two daughters, Rachel and Leah.

Rachel, the younger sister, was beautiful and “well-formed” the Bible says, and Leah, the older daughter, was a plainer girl who is described as “tender-eyed.”

So which one do you think Jacob chose?

The truly sad part of this story is that Laban forced Leah to go to Jacob’s wedding bed and pretend she was her sister Rachel. What a surprise when Jacob woke up in the morning with the wrong wife!

I think it’s not much of a reach to assume that Jacob deeply resented Leah for not telling him who she was when he took her in his arms on his wedding night and called her by her sister’s name. But could she be blamed? Women had to obey their fathers’ commands back then, as well as their older brothers’. To refuse could lead to severe punishment, including death.

Through Laban’s manipulation, Jacob ended up with two wives. The one he wanted and the one he didn’t want.

In Genesis 29:30 the scripture says, “So Jacob consummated his marriage and lived with Rachel, and he loved Rachel more than Leah, and he served with Laban another seven years.

Notice it says Jacob lived with Rachel and he loved her more thanLeah. As I was reading these verses, I began to think about how difficult it must have been for Leah. Her husband didn’t live with her. It can be assumed (and I wrote it this way in the novel) that Jacob came to Leah for sex because he had an obligation to have as many sons as possible and then he went back to his home to sleep in Rachel’s arms. No doubt Leah had always lived in Rachel’s shadow. How heart-rending to watch her sister receive the affection she longed for so much.

One of the reasons I identified with Leah was I felt very unloved in the first years of my long marriage. You can read the details on the About Us page. What I didn’t realize then was that God was watching, and He felt my pain, just like He felt Leah’s.

Genesis 29:31 says “Now when the Lord saw that Leah was unloved, He made her able to bear children, but Rachel was barren.

I have this image in my head of God sitting on His throne looking over the portal of heaven and seeing the heart of an unchosen, unloved woman. God saw Leah’s heart. He saw mine. And I know He sees the heart of every woman who has suffered rejection by the man who was supposed to love her.

That excerpt is coming up, but first, Rebecca has something to say. 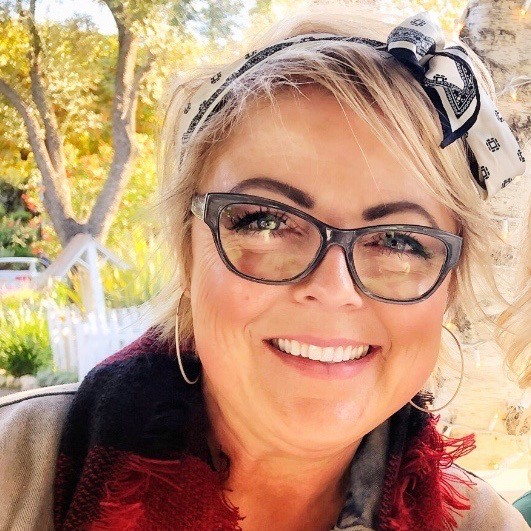 I bawled the first time I read the beginnings of my mom’s book. And she wasn’t even halfway through writing it yet. Then I cried again when I read the completed project. I love the way my mom took these Bible characters and made them so real. She took a simple Bible story and brought it to life so I felt like I knew the characters personally.

I really identified with Leah.

She opened my eyes to my own faith in God. Could I be this strong through rejection, loss, ridicule, shame, etc? I don’t really know the answer to that, but I do know that although Leah struggled with her faith, she is an example to all of us women that we are capable of persevering through some hard stuff.

Wow! Who knew the Bible could be so interesting!

As a labor and delivery nurse, and lactation consultant, I was intrigued at how Leah functioned as a midwife in those days of no oxygen tanks, IV fluids, NICU’s, or OB doctors and nurses as a backup team. Mom did her research, and there are some really interesting stories about birthing in those conditions.

And, of course, who wants to read a book without romance?

I got so frustrated with Jacob because he couldn’t see what a truly beautiful woman Leah was—and what a manipulator Rachel was (true! It’s in the Bible!) and how, even after he sees it, he doesn’t tell Leah because he thinks it’s too late (Maybe it is. Don’t want to give anything away!).

The Struggle for Love: The Story of Leah is a book you’re going to love. It’s a beautifully written, emotional story that makes the Bible come alive. And be sure to have a box of Kleenex or two handy!

Below is a form you can fill out so we can notify you when the novel is available to purchase. Please fill it out and send it to some of your friends. Thank you!

Back to you, Mom.

Here’s an excerpt from the book after Jacob discovers he had made love to Leah instead of Rachel. He drags Leah to her father to demand he take her back and give him Rachel. Leah faints and her younger brother, Chorash, carries her back to the bridal chamber. She awakens to find Jacob looking at her.

Something made me stir. I must have fallen asleep leaning against the wall. My neck was stiff where it had bowed toward my chest, and my head felt too heavy to hold up.

Chorash had brought me here. To the bridal chamber. He had tried to lay me on the bed, but I refused, settling myself on the floor. I told him that I had recovered, and he could leave. I didn’t have to say it twice.

I straightened and stretched my shoulder, pressed my fingers to the back of my neck just below the hairline and tried to knead the knot of pain away. A movement caught my eye. Jacob was sitting against the opposite wall. His eyes darted to the floor. His eyebrows bristled over a face of solid stone. I sat, the force of the silence pressing the air out of my lungs. I had to say something. Try to explain.

He pulled himself up and raked his hand through his hair. I lowered my head. I didn’t want to look at him. I could hear the long hiss of his breath as he let it out. “Don’t say a word unless I tell you to!”

His sandals scraped against the hard-packed dirt as he paced back and forth.

“Why, Leah?” His voice sliced through the air like a knife. I blinked, looking up at him.

I tried to open my mouth, but now that he demanded an answer, my mouth wouldn’t comply.

“I said answer me, woman!—and don’t tell me your father made you do it!”

His countenance broke my heart. It was utter hatred. Jacob hated me. I tried to tell my father this would happen. Oh, why did I not just put a knife to my own throat? That would have solved it all. I . . . I’m sorry, Jacob, I . . .”

I wanted to tell him that I hadn’t wanted to do this, that I did it to save him from my brother’s wrath, and to save myself from it as well. But I knew the words would not ring true. It would do no good to speak them. And I wasn’t sure I believed them myself. Maybe I had used my father’s threat as an excuse. I didn’t know anymore.

He snorted. “You’re sorry.” He threw his head back and laughed. Then his face changed, and he looked as though he was on the verge of tears.

“I revered you, Leah. I thought you a better woman than any I had ever met, better than your sister.” He shook his head. “I thought you were a woman of integrity and good sense.” He pulled in a long breath and squared his shoulders. His mouth was tight, his jaw determined, his eyes fixed hard on me. He thought me a better woman than my sister, but he chose her anyway. And he was going to do it again.

“You’re my wife. There’s nothing I can do about that now. I will provide for you. I will do the things a husband must do—but you will never have my love, Leah. Never.”

He pulled a cover off of the bed and lay on the floor, his face to the wall. I sat, staring at his back, knowing that every hope I’d held for my future was destroyed. I would live the rest of my life with a man who couldn’t stand the sight of me.

If you enjoyed this excerpt of  The Struggle for Love: The Story of Leah, and missed the first form, here’s your second chance! Fill out the form and we’ll notify you when the novel is available for sale. If you already filled out the “3 Lies to Watch for When You Feel Unloved” form, it’s not necessary to fill out this one. You’ll be notified automatically. And please share the post and the form with everyone you think might be interested in reading it. I need as much help as I can get to spread the word.  Thank you!