The Kind of Inventory We Shouldn’t Take in 2021

The new year is a time for taking inventory of our goods, our goals, of what needs to stay and what needs to go. Of where we are and where we want to be. This fresh beginning inspires us to hope things will be better in our lives. It’s good to take this kind of inventory.

But there’s a kind of inventory we shouldn’t take.

The Scripture tells us about a kind of inventory that keeps us bound up in our pain and unforgiveness. It strips us of hope for the future. It kills our relationships. 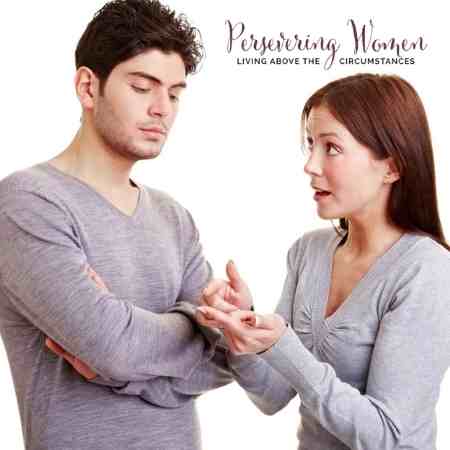 II Corinthians 10:5 Casting down imaginations, and every high thing that exalts itself against the knowledge of God, and bringing into captivity every thought to the obedience of Christ;

The Greek definition of the word “imaginations” as it’s used in this scripture is “inventory.” An inventory is a list. The Bible tells us not to keep lists of the bad things people do to us.

When a man I knew died, the family actually found a list of grievances he had written concerning his family members. What a sad thing, to discover the things that have been held against you from the pen of a dead man. And how sad that he hung on to those things and deprived himself of the peace that forgiving others brings.

I Peter 3:9 Do not repay evil with evil or insult with insult. On the contrary, repay evil with blessing, because to this you were called so that you may inherit a blessing.

Easy to say, Marilyn. Hard to do. Yes. I know. Believe me! Sometimes it helps to do something physical to demonstrate what we’re trying to do in our hearts.

We’re told to cast down that kind of inventory whenever it comes to our minds. A pair of Greek definitions for cast down are “demolish with violence” and “raise the voice against.”

When one of those inventories invades my thoughts, I sometimes just put my hands on my forehead and act like I’m pulling the thought out. Then I throw it on the ground and stomp on it a few times. If no one is around I shout at it. “Get out of here! I choose to bless this person!”

To be perfectly honest, sometimes I’ve had to do that for a long, long time before I actually felt it.

And sometimes I slip back into checking off the list of offenses, but at least I’m making an effort. It’s important to pay attention to our thoughts and capture them before they lead us down a path of unforgiveness. Why? Because if we don’t forgive, there will be consequences we’re not going to like.

There’s something we need to know about forgiveness.

In the Lord’s prayer (actually it’s the prayer he taught His disciples to pray) Jesus said to pray like this: . . . forgive us our debts, as we forgive our debtors.

In fact, my observation has been that most people who refuse to forgive others (which includes letting go of resentment!) are struggling with forgiving themselves. They’re SIN CONSCIOUS. NOT GOD CONSCIOUS. We are forgiven! Our sins are washed in the blood of Christ! We should dwell on the grace of God, not our sins—or anyone else’s!

Ephesians 4:31, 32 Stop being bitter and angry and mad at others. Don’t yell at one another or curse each other or ever be rude. Instead, be kind and merciful, and forgive others, just as God forgave you because of Christ.

Forgiving is hardest when we try to tie it to someone else’s behavior.

It’s not too difficult to forgive someone who comes to us humbly and admits all their fault in a situation and begs us to forgive them. But how often does that happen? It’s forgiving the person who just keeps hurting us and won’t acknowledge it that’s hard. We just want the offender to admit that they were wrong. Sometimes that may happen. Sometimes it may not. In either case, we are required to forgive.

No matter how much we feel we have been wronged, we are not guiltless.

We’ve all sinned and come short of God’s glory. And because we need forgiveness ourselves, we must forgive others. That’s what caused the men who brought the woman caught in adultery to lay down their stones and walk away. 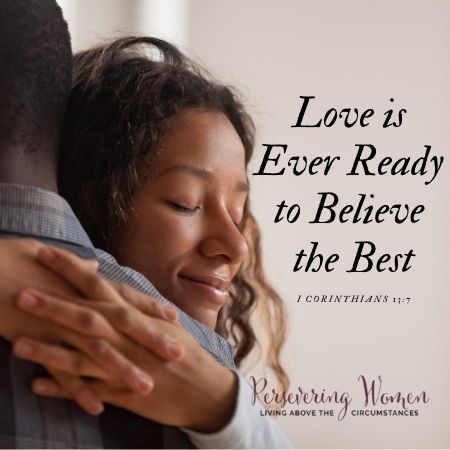 Jesus said, “He that is without sin among you, let him first cast a stone at her.” John 8:7

Jesus was the only one without sin. He could have stoned her, but He chose to forgive.

Let’s go back to “repaying evil with blessing” for a minute.

What does it mean to “bless” your enemies (or your loved ones!)? The word “blessing” in this scripture means “to speak well of; to invoke a benediction upon.”

We’re supposed to “speak well” of those who treat us badly? Yup!

We’re supposed to “invoke a benediction” on them? Absolutely!

We’re not supposed to trash talk them? Nope!

Negative talk, even about people who do us wrong, just gives us ulcers. And I believe it attracts demons. Why wouldn’t it? The forces of evil hear what we say. They would rather hang around someone who speaks their language, don’t you think?

When we “speak well” of the people who hurt us and abuse us, it’s not that we’re in denial about their wrongdoing. In some cases, we have to confront and draw boundaries. It simply means we’re looking for the best in them. And we’re wishing the best for them. We’re not hoping God will strike them down so they’ll know how bad they’ve been. Our motives are pure.

Ephesians 1:7-8 In him we have redemption through his blood, the forgiveness of sins, in accordance with the riches of God’s grace that he lavished on us . . .

We have been forgiven by the riches of God’s grace that He has lavished on us.

One of the Greek definitions of “riches” is valuable bestowment. Kind of sounds like the definition for “blessing” doesn’t it? God bestows His grace on us. He bequeaths it. He donates it. He imparts it. It’s a gift. It’s not something we can achieve by works. Thank God because we need it!

Rebecca is taking a break this month. She’ll be back with her usual wit and wisdom next month. We both pray that God will bless you abundantly in 2021! And that God will help you to keep only the positive, life-giving inventories of all God has done for you.