Marilyn Tells How She Met Jesus at Fourteen 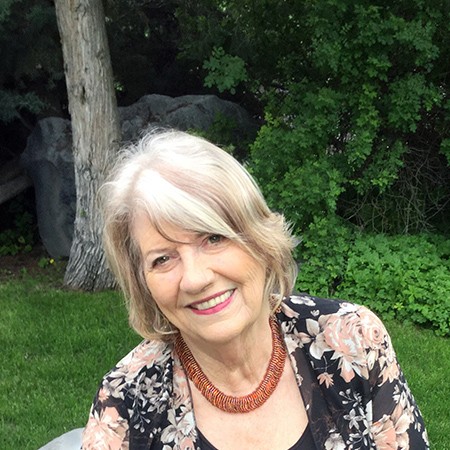 I came to be a believer at the age of 14. I’m so grateful that God knew who I was before He even created the earth. He had a plan for my life, and He’s been working it out in me every day.

Before I tell you my story, I want to speak to any of my Mormon friends or relatives who might visit my blog. I want to thank you for your influence for good in my life. I appreciate the dedication with which you practice your religion. I appreciate the work that you do in your communities and the kindness you showed my family and me in my younger years. You are wonderful people, and I know you love God, and He loves you. I have nothing but love in my heart for you.

I come from a long line of Mormons.

Some of my ancestors came across the plains pushing handcarts with the early Mormon settlers.

I was born and raised in a small rural village outside of Idaho Falls, Idaho. Iona was almost exclusively Mormon. The church was the center of activity in our small community, especially for the youth. Sports, drama, dances—the church provided it all, and although the church was inclusive, being non-Mormon automatically put you at the fringes of society.

One day, a friend from Idaho Falls told me the little church he and his family attended was having a revival.

He wanted me to come. Mormons didn’t often attend other churches, so my parents were apprehensive, but they let me go.

My friend and his family picked me up, and we drove the seven miles into town, to a little white church on Gladstone Street. I will never forget it.

When we walked in, the service had already begun. This was nothing like any church service I had been in. The piano player was all over that piano. People were raising their hands, tears streaming down their cheeks. There were shouts of “Hallelujah” and “thank you Jesus” everywhere.

To a little Mormon girl, this was like a foreign country, but I felt something I had never felt before.

At the end of the service, the preacher called me to the front and asked if I wanted to accept Christ as my Savior. I had no idea what that meant, but I knew God was in that place.

I said yes, and the Holy Spirit poured into my soul. I felt His presence in a way that’s impossible to explain.

I knew Jesus had come into my heart—and I knew I was going to be in a lot of trouble when I got home.

When I walked in the door, I didn’t have to say a word.

My parents could tell by the look on my face that this wasn’t the same girl who had crawled into that car hours before. They told me, in no uncertain terms, I could never go to that church again.

My dad sat me on his knee and said, “Honey, I wouldn’t lead you wrong.”

I loved my daddy. I didn’t want to hurt him. I truly didn’t, but I knew what I had experienced was real. I couldn’t deny it, no matter how much it hurt my mother and father, or how much it separated me from my friends.

I know some people might say I should have just obeyed my parents, and not gone back to church until I was of age. Perhaps they’re right, but I couldn’t have stayed away if I’d tried. I believe God saw my heart and my love for Him, even though I didn’t yet understand everything about the Bible.

After a few days under house arrest, I was allowed to resume my life.

All I wanted to do was get to church. I had someone meet me on the corner and off we went.

Evangelist McPherson was still preaching. Revivals in those days were not the weekend affairs that they are now. Sometimes they lasted for weeks.

During the service, my friend handed me something I would cherish for many years. It was the handkerchief I had soaked with tears the night I accepted Christ. On it was written, “October 28th, 1960, the day Marilyn got saved.” I wish I had kept it. What a treasure it would be a half-century later.

Sometimes I’d tell my parents I was going to the ballgame, and instead, I’d get on the school bus that took the country kids into the city for tournaments.

I’d run the four or five blocks to the church, then run back after the service to catch the bus home.

My late husband always said that it’s usually just the opposite: kids get on the bus saying they’re going to church and go to the ballgame instead.

Finally, the pastor’s son told me I shouldn’t lie to my parents, and I started just leaving them a note telling them I was at church. You can imagine what greeted me when I got home.

One Sunday, sitting in a pew all to myself, I heard the outside doors of the church open and held my breath until the double doors of the vestibule swung wide. My mother came down one aisle and my father down the other.

But that didn’t dissuade me. I kept going whenever I had the chance.

Another time, my parents arrived at the church with a policeman. The officer asked my father if we could all meet him at the police station.

With my Bible tucked under my arm, I was probably the strangest looking juvenile delinquent that policeman had ever seen.

The officer told my parents they should try going to church with me once. My dad nodded, but the station door hadn’t closed behind him when he said, “If he thinks I’m going to that church, he’s crazy!”

Over two decades later, he did go to that church, to hear my husband preach the Word of God, and a year and a half before he died, he asked Jesus to come into his heart.

When I was eighteen, I left home and moved in with a Christian family.

It was such a relief to sit in church without worrying about someone dragging me out. But when I look back, I see those trying times as the best in my life. I’ve never felt His presence more than I did during those years.

My parents thought my conversion was just a phase. If so, it’s a phase that has lasted for fifty-six years at this writing. I’m so thankful that God knew me before the foundation of the world. It was no surprise to Him that I ended up in that little church that night. And it was no surprise when I asked Him into my heart.

I married a preacher, raised a family, suffered the death of my husband. I remarried.

I’ve made many mistakes on this long journey. I’ve not only made mistakes—I’ve sinned. And I’ve been forgiven. God has never failed me. When I’ve tripped, He’s always picked me up.

God is faithful, and I am so thankful that He loved me enough to die for me. He loves you, too.

Please leave a comment or tell me how you came to know Christ. God bless you! Fill out the form below and you’ll automatically receive future posts in your inbox.