Are You Really Obedient or Just a Rule-follower? 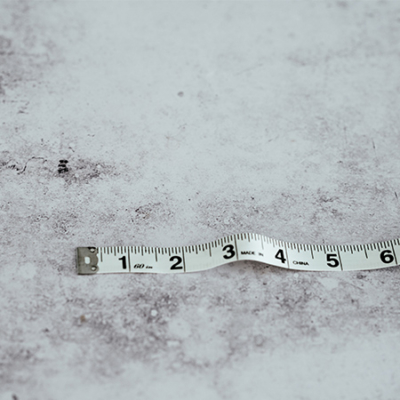 There’s something about the word “obedience” that has always made the muscles in my neck knot up. Why? Well, partly because obedience implies there are “rules” to be kept.

“Wow,” you say. “She must be a real rebel if the mere mention of rules sends her to the chiropractor.”

Actually, I’m not really a rebel at all. Sure, I have my rebellious moments, but I’m generally a rule keeper—to the extreme. If the “walk” sign in the intersection changes to “don’t walk” before I get across, I feel guilty for not stopping in the middle of the street. Signs are to be obeyed!

I’m not tooting my own horn here. My obsession with following the rules isn’t solely born out of a desire to do what’s right. It has a lot to do with fear, and the desire to look good to other people.

Another reason the word “obey” makes me uncomfortable is because I know I’m not very good at it.

It’s kind of like dieting. I have the best intentions, but it’s harder than it sounds.

But is following the rules the same as being obedient? I believe the answer lies with the first rule-breaker—Adam.

God gave Adam a beautiful garden. He told him he could eat of every tree but one. Some of you are wondering why I’m not bringing Eve into this. Well, it’s called Adam’s sin, so I’m going with it. Let’s give the girl a break. She always gets the blame.

Genesis 2:16-17 And the LORD God commanded the man, You are free to eat from any tree in the garden, but you must not eat from the tree of the knowledge of good and evil; for when you eat from it, you will certainly die.

That sounds fair, doesn’t it? The whole garden versus one tree? Just one teeny tiny rule. That’s all God gave Adam. Surely, he shouldn’t have any trouble with that. And he didn’t—at first.

Adam walked by that forbidden fruit every day, and he never took a bite. But does that mean he was obedient?

The Greek definition of “obedience” is attentive hearkening

The Greek definition of “disobedience” is inattention, mishear, to neglect to hear.

Just because he didn’t eat from the tree doesn’t mean he paid attention to what God said. It wasn’t actually a temptation until his wife handed him the fruit. Then (because he didn’t truly listen) he began to doubt if God meant what He said. Would he really die if he ate it? Maybe it wouldn’t be so bad.

Have you ever wondered why people continue to smoke knowing that there is overwhelming evidence that it can give you lung cancer? Or why we eat foods that are proven to be harmful to our health? Or drink diet sodas when we read that they can affect our short-term memory.

Now, what was I saying?

It’s because we’re not really listening. We’re not fully persuaded. If we believed, we wouldn’t think of putting that stuff in our mouths. If I really believed diet sodas affected my memory, I’d quit drinking them.

This little revelation was startling to me. Obedience is not what we do; it’s what we hear—really hear.

Obedience is paying attention and truly believing what God says.

We can “not do” things and still be disobedient.

Romans 5:19 For just as through one man’s disobedience [his failure to hear, his carelessness] the many were made sinners, so through the obedience of the one Man the many will be made righteous and acceptable to God and brought into right standing with Him. Amplified

. . . so through the obedience of the one Man the many will be made righteous and acceptable to God and brought into right standing with Him.

The reason I tense at the word “obedience” is that I know I can’t obey. It’s not in me to obey. No matter how much I want to obey, I’m going to fail at it.

God knew that. That’s why He sent His Son, Jesus. Jesus obeyed, even to the point of death on the cross. He undid the damage Adam did to mankind in the garden. I am made righteous and acceptable to God because Jesus obeyed. Not because of my obedience.

Galatians 3:6-7 Just as Abraham believed God and it was credited to him as righteousness, [as conformity to God’s will and purpose–so it is with you also]. So understand that it is the people who live by faith [with confidence in the power and goodness of God] who are [the true] sons of Abraham.

Faith is being persuaded that God is telling the truth.

If He says our sins are forgiven because Jesus died on the cross for them, we can believe it. And it doesn’t depend on our ability to obey.

Of course, believing this will affect the way we behave. We’ll want to please God and obey Him, but because we’re human, we’ll never be perfect at it. Abraham wasn’t. Paul wasn’t. We won’t be either.  But we can have confidence in the “power and goodness of God.”

Thank God for the relief that comes through knowing that Jesus has done for us what we cannot do for ourselves.

Lord, help me to listen when I read your Word or hear you speaking to my heart. You see everything, and you know what is best. Help my friends to listen to you, and you will give them the ability to obey your Word.

If you haven’t already done so, please sign up below to get future posts by email. Thank you!