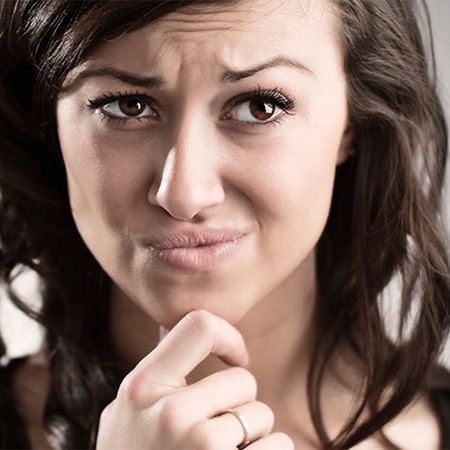 What do you do when you just don’t know what to do? Many times I’ve agonized over a decision—thought it out until my head hurt—come to a conclusion—then second-guessed myself until my brain felt like mush.

Remember when we used to make Jell-O from the box instead of buying those little plastic cups?

Of course, some of you still make wonderful Jell-O salads, but I’ve pretty much taken the easy road when it comes to that jiggle-y dessert. Not just because I’m lazy. I mean—I tried using those pretty copper molds, but it would never set up. I always ended up with a plate full of slush. How hard can it be? Other people do it!

Do you ever have thoughts that just don’t “jell?”

Proverbs 16:3 says, “Commit your works to the Lord and your thoughts will be established.”

The Hebrew definition of established is “to be erect, to set up.”

Wonderful! No mush. No slush. Set up like a good Jell-O salad. But what did the scripture say we had to do?

Drat! I knew there had to be a catch. How do I do that?

James 1:5-6 If any of you lacks wisdom [to guide him through a decision or circumstance], he is to ask of [our benevolent] God, who gives to everyone generously and without rebuke or blame, and it will be given to him.

But he must ask [for wisdom] in faith, without doubting [God’s willingness to help], for the one who doubts is like a billowing surge of the sea that is blown about and tossed by the wind.

The person who doubts God’s willingness to help him or her is in a constant storm. Ships don’t just float (if they want to get somewhere). They’re powered by sails or an engine that keeps them moving forward in the face of wind and waves.

If we trust God, we can focus our thoughts and move through the storm because we know, whatever happens, He’s got a plan.

Jeremiah 29:11 I know the plans I have for you, declares the LORD, plans to prosper you and not to harm you, plans to give you hope and a future.

God’s plans for us are good plans. We can trust Him. Sadly, it sometimes takes a long time for us to come to a place of trust. Fifty-six years of saving grace have pretty much got me convinced. I trust Him more and doubt Him less than I did even a few years ago. He’s proven Himself trustworthy.

For those of you who still struggle, I’m going to tell you a secret. If you belong to the Lord, He’s going to get you where you need to be eventually.

Proverbs 16:9 A man’s heart plans his way, but the Lord directs his steps.

Guess what the Hebrew definition of directs is? You got it—set up. So you make your plans, but God brings it all together according to His plan—not yours. Maybe it’ll be a stormier sea, or a harder path than it had to be, but you belong to Him, and in the end, He’ll get you there because He loves you.

Have you got a testimony about God’s grace? Comment below, and be sure to subscribe to my blog to receive regular posts. It’s free, and I think you’ll find it a blessing.