Is There Really Such a Thing as “Our Own Truth?”

Ever been a witness in a trial? I have. Once. You used to put your hand on the Bible and swear to tell the truth, the whole truth, and nothing but the truth. I don’t know if that terminology is used universally anymore. I think it would be difficult now because “the truth” is not as well defined as it used to be. These days, it seems we are allowed our “own” truth. But is there really such a thing as “your truth” and “my truth” and “their truth”, or is the truth simply the truth?

If you’ve ever watched a house being built, you know they build forms before they pour the cement. The form encloses the cement, shaping it into a foundation for the building to rest upon. 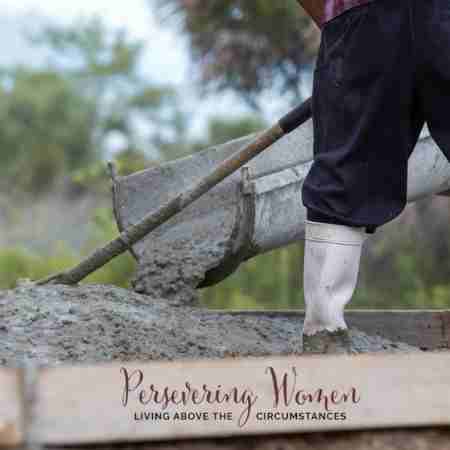 Today, the emphasis is to tear down the frameworks, the restrictions.

Many will advise you not to let anyone tell you what to believe. Especially about God. It’s your truth. Follow your heart. That’s all that matters. I understand that there is a time for examination. We have to make our beliefs our own. There’s a time to test what we believe about God. But if that time goes on forever and we come to no conclusion about the nature of God, we end up with a bunch of useless cement that takes the shape of whatever we pour it out on.

I’ve never quite gotten that phrase “your truth”.

I think we haven’t really thought it through. I’m a little leery of “my” truth. I’d rather have something a little more reliable to stand on than my sometimes fickle thought processes. But I think I understand what people are trying to say. Most of us want to be true to ourselves. We don’t want someone else to decide what is best for us. We want to follow our own hearts, and that’s not entirely bad. The only problem with that is we can’t always trust our own hearts.

Jeremiah 17:9 The heart is deceitful above all things, and desperately wicked: who can know it?

If we’re honest we have to admit that our heart has lead us astray at one time or another. What about that person we thought we couldn’t live without? Or that house we had our heart set on that ended up being a money pit we wish we’d never laid our eyes on.

The heart is deceitful. It lies! We can see it in other people—the lies their hearts tell them—we know they’re blind to certain things, but we can’t easily see it in ourselves.

Proverbs 21:2 Every way of a man is right in his own eyes: but the LORD ponders the heart.

Most of us are pretty sure we’re right about almost everything. I feel that way more than I would like to admit. But I like that God ponders the heart. He thinks about it. Sometimes our opinions are born out of sheer stubbornness, and God knows it. But sometimes God sees that we want to know Him and understand Who He is. We just have a screwed-up perception of truth. We have no foundation. Our “cement” is spread all over the place because we didn’t have a form to pour it into.

How we frame God in our hearts and minds affects our ability to trust Him in difficult times.

Isaiah 26:3 You keep him in perfect peace whose mind is stayed on you because he trusts in you (emphasis mine). ESV 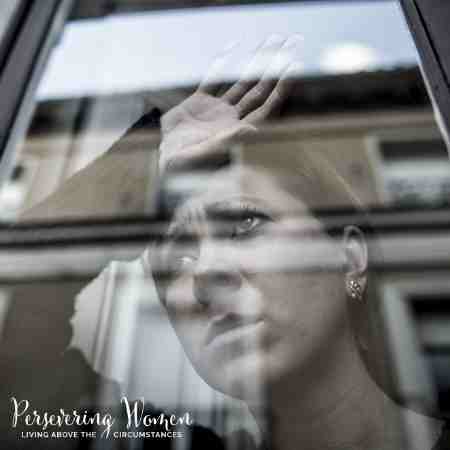 If you have your “mind” made up, settled in cement that God is forgiving, just, merciful, and loving, even when circumstances seem to contradict that knowledge, you will have peace because you TRUST Him.

If you’re not sure—well then, you won’t be sure—and that’s a scary place to be.

The reason the Bible was used to swear in court was that it was largely held to be the ultimate truth.

Now the idea that there is “one” truth is derided by many. “There are many truths!” but how does that work? It doesn’t work in court. If two people give completely opposite testimony, the jury knows they can’t both be telling the truth. They may both think they’re telling the truth. They may both be telling partial truths. But that’s where the truth, the whole truth, and nothing but the truth comes in.

Maybe you just don’t know what to believe. You read the Bible and you just can’t get it. You feel like you’re just blowing with every wind. You don’t know what the truth is. One thing you can count on. Jesus is the Truth.

Jesus is the Truth incarnate.

Here’s Rebecca to share her experiences in learning to trust God. 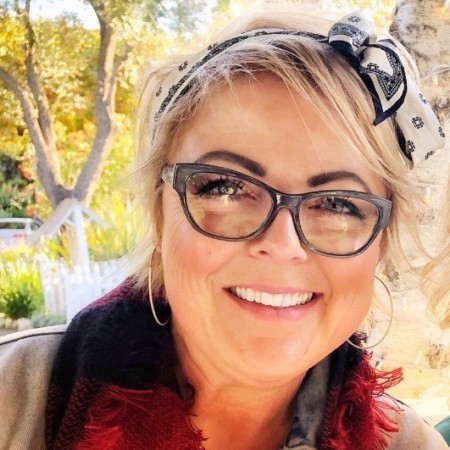 I was raised in church.

Like literally. I slept under the benches with my siblings when the sermon got too long. My dad was the pastor, and he thought if you didn’t preach for at least an hour or two you weren’t doing your job. Maybe that was my problem. I slept through too many sermons because when I became a parent, I realized I didn’t know the Bible as well as I thought I did. Having kids changes the way you think about things. Having children ignited the desire in my heart to know the truth that could influence my children’s everyday lives as well as their eternal lives.

I started asking myself questions.

What if the things my parents, teachers, and pastors taught me weren’t actually true? Was I going to pass along a false “truth” to my children? Would they believe it just because we, their parents, said it was true?

But as I started seeking for answers I realized that I needed to settle this question for my own sake more than for the sake of my children. The journey was very painful because I had to face things honestly. And I discovered that there were some things I had been raised to believe that really weren’t scriptural, but I had been taught the basics of salvation. I could stand on that.

The Bible is really under attack these days.

Mostly because people don’t like to have any absolute authority in their lives. They want to be the judge of what’s right and wrong. The problem with that, as my mom said, is that every person thinks they’re the one with the truth. If you believe in God, you have to believe that He gave us some kind of road map to navigate life with. It’s not like our Father God would create us then just say, “Good luck. I hope you make it.”

As I prayed, the Holy Spirit kept bringing me back to 2 Timothy 3:14-17 But as for you, continue in what you have learned and have firmly believed, knowing from whom you learned it and how from childhood you have been acquainted with the sacred writings, which are able to make you wise for salvation through faith in Christ Jesus. All Scripture is breathed out by God and profitable for teaching, for reproof, for correction, and for training in righteousness.

I knew I could trust the Bible because all Scripture is breathed out by God.

When I moved to Southern California in 2017 I was faced with many spiritual beliefs I wasn’t familiar with such as New Age, Progressive Christianity, Universalism, Perennialism, etc. I met many great people who believed these things and was challenged to study some of the material they recommended. I’m never one to turn down a challenge when it comes to spiritual matters so I accepted. Now challenging me to a race is a whole other story. Ain’t gonna happen haha!

As I looked into some of these belief systems I could see that there was a lot of truth in what they taught.

Some of it was very close to the scripture, but as I read, I would eventually come across something that contradicted what the Bible said about the subject. And the contradictions changed the story of the Bible. Read our post When We Judge God

Ephesians 2:8 For by grace you have been saved through faith. And this is not your own doing; it is the gift of God.

That’s how the devil works. He’s never going to tell an obvious lie. He’s going to wrap it up in some truth so it looks better and more appealing. That’s why Christians need to know the Word of God. If you understand the story of the Bible you’ll know when you see something that perverts it. If we compare “our truth” to the truth of the Scriptures and they don’t match up, we are the ones who are wrong. God always tells the truth whether it feels good to us or not. We can trust Him.

My mom and I pray that you’ll trust God to speak to you through His Word. Our searching has led us to the realization that we can trust His truth because He is Truth.

Please fill out the Let’s Connect form below to receive posts from us about once a month. We won’t overload your inbox and you can unsubscribe at any time.