How Does the Devil Cause Misunderstandings? 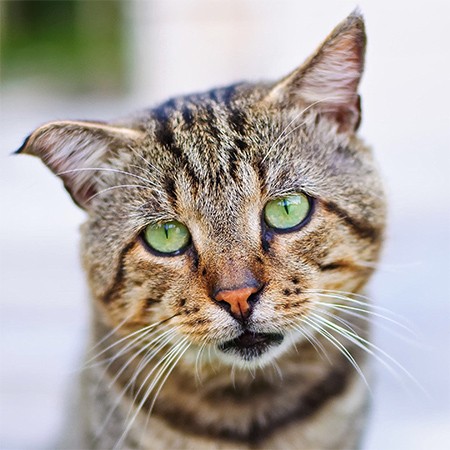 I think one of the devil’s favorite tricks is to cause misunderstanding. He likes messing with our ears.

I’m not a “the devil made me do it” person. I think we’re basically responsible for our own actions, but sometimes I can almost picture Satan snatching our words out of the air, putting an evil twist on them, and tossing them to their intended target, so messed up they’re unrecognizable. I was a little girl (I don’t remember how old, probably five or six) a woman came to our house to visit my mother. Mom introduced me as her youngest daughter.

The woman looked at me and said, “She looks like Hal doesn’t she.”

Well, Hal is my very handsome older brother, so that should have been a compliment. But that’s not what my little ears heard.

In case you don’t get it, I’m talking about a very unpleasant place you don’t want to go to after you die. Don’t want anyone saying Marilyn’s swearing on her blog. Ha!

Really! I thought I was so ugly the woman had to use an expletive to describe me. Well, years later, someone else said I looked like Hal, and I realized my mother’s friend was innocent. I had misunderstood her.

Satan is a master craftsman of misunderstandings.

I’m not a “the devil made me do it” person. I think we’re basically responsible for our own actions, but sometimes I can almost picture Satan snatching our words out of the air, putting an evil twist on them, and tossing them to their intended target, so messed up they’re unrecognizable.

Your wife says, “I need more money for groceries.”

You hear, “You’re not a good provider.”

Your husband says, “Did you wash my socks?”

You hear, “You’re not a good housekeeper.”

Sometimes we react angrily to innocent comments our spouse or boss or friend makes because we’re hearing another voice in our heads: a demanding father, a disparaging mother, an ex-spouse.

Misinterpretations turn into accusations and arguments, and the war is on! So how can we stop this unhealthy cycle?

James 1:19-20 My dear brothers and sisters, take note of this: Everyone should be quick to listen, slow to speak and slow to become angry because human anger does not produce the righteousness that God desires.

Sounds simple, doesn’t it?  Not really.

BE QUICK TO LISTEN

Are we quick to listen? Or are we so confident we’re right, we close our ears to anything but our own side of the argument? Listening is probably the greatest life skill we can acquire, and it’s sadly scarce in our society. If you don’t believe it, tune into your nightly news. Nothing is more interesting than hearing four or five people talking over one another on a newscast.

Proverbs 21:2 Every way of a man is right in his own eyes, but the LORD weighs the hearts.

We all think we’re right. But maybe—just maybe—we’re wrong this time. Can we consider that possibility? Only God knows what’s in our hearts, but He’d be more than glad to tell us if we’d ask.

When we listen to others’ opinions with an open mind, we gain an understanding of what motivates them. And that breeds mutual respect. Even if we don’t agree in the end.

BE SLOW TO SPEAK

I have to admit that many times I speak up before my brain can get the cease and desist order to my tongue. And I usually regret it. Funny thing about words—once they’re out of your mouth, there’s no calling them back. Kind of like the internet. You can delete things, but they’re still floating around out there in cyberspace waiting for someone to grab them and throw them back at you.

Others may forgive our hurtful words, but it’s almost impossible to forget them. Once you’ve spoken them, they’re out there. And Satan loves to hit the replay button whenever the subject comes up again.

BE SLOW TO ANGER

Back to James 1:20 The writer tells us to be “slow to become angry because human anger does not produce the righteousness that God desires.”

We all get angry. But if we make it a habit to cool off before we respond, we’re less likely to say something that damages a relationship. All of these things require intention. We have to determine ahead of time to do them.

Matthew 5:44 But I say unto you, Love your enemies, bless them that curse you, do good to them that hate you, and pray for them which despitefully use you, and persecute you.

If we’re supposed to treat our enemies this way, how should we treat our family and friends?

Being quick to listen, slow to speak, and slow to anger makes for a peaceful life.

Thank you for stopping by.

If you haven’t subscribed, please do. It’s free and you’ll get my posts in your inbox.