Can Things Ever Change? How Hope Makes It Happen

If there’s anything I’m asking God for in 2020, it’s to hope more. You may be thinking—why hope more? Hope sounds kind of wimpy. Why not ask to love more? That’s really important, isn’t it? But hope? Isn’t hope just wishful thinking?

Of course, love is important. It’s the first commandment. Love God. Love your neighbor. Just as much as you love yourself. That’s the big one, for sure. But hope isn’t wimpy. And it’s way more than wishful thinking!

What was that? I’ll say it again.

Nothing changes without hope. 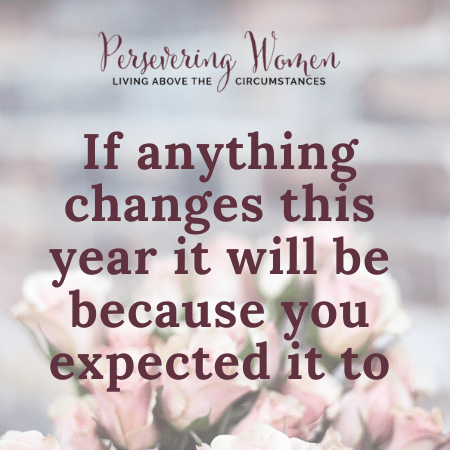 If you dig down in the Word, you’ll find that the real meaning of hope is expectation.

Do you want something to change this year? Do you want to see your family thrive? Health? Wisdom? A way out of that mess of money problems that keeps you from doing what God has called you to do?

If anything changes in the coming year, it will be because you expect it to.

“Oh, now I get it,” you say. “You’re talking about having faith.” Yes—in a way. Faith and hope are two sides of the same coin, but they look a little different.

I would describe hope as putting faith into practice. Expecting God to follow through. The Greek meaning of faith is persuasion. Faith is being absolutely persuaded that God is able to do anything we ask of Him. But hope takes it the next step. Hope is expecting an answer! And the bridge between the two—faith and hope—is asking.

I had a conversation with one of my beautiful granddaughters not long ago. She’s a woman now, not the little girl I used to rock to sleep on my lap. She’s a believer—and a thinker. She doesn’t take my word for things anymore, though she loves me and respects me. She’s finding her own way through the maze of what she’s been taught and what she knows for herself. 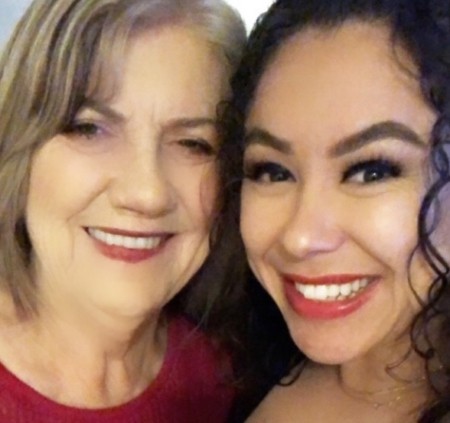 I had quoted one of my favorite scriptures to her, James 4:2-3 . . . You have not because you ask not. You ask and do not receive, because you ask wrongly, to spend it on your passions.

The people God was speaking to in this scripture were lusting for what they didn’t have. They were fighting and arguing and hurting one another and trying to get their own way in everything, but they weren’t getting what they wanted. God reproved them because they did not ask Him for what they needed. Or they asked for selfish reasons.

He wanted to be asked!

I remind God of this scripture often. God YOU said we have not because we ask not. Lord, I’m asking you. Does God take offense at this? No! He wants us to speak the Word to Him. To remind Him of His promises.

When I quoted the scripture to my granddaughter, she asked me an honest question.

“Gram Gram, why does God make us ask? Why doesn’t He just give us what we need.”

Is He egotistical? Does He want us to grovel at His feet? Is He trying to make us earn what He gives us? I don’t think so.

Many years ago when I was going through a heart-wrencher with one of my children, I felt hopeless. It seemed impossible that anything would ever change. As I prayed in desperation, God spoke to my heart.

“Marilyn you are not expecting anything from me anymore. You don’t really believe I love you.”

God wants us to expect!

When we expect from God, it shows that we recognize Him as a God who loves to bless His children. He wants to bless us. He wants to give us things. He wants to fix our brokenness. Not because we deserve it. We don’t. And that’s part of the message God is trying to give us.

He’s trying to get us to put our hope in Him. Not in our worthiness to receive from Him.

I love my children. There’s nothing I won’t do for them. Unless, of course, the thing they want would hurt them. And that’s the fear-freeing truth. We don’t have to be afraid that we’ll ask for the wrong thing. God won’t give us a stone or serpent. Luke 11:11 He won’t give us that which would hurt us.

Don’t be afraid to expect things from God. What do you have to lose?

Ephesians 3:20 Now to him who is able to do far more abundantly than all that we ask or think, according to the power at work within us.

God is able to do even more than we would dare to ask! So, ask for the big thing! The hard thing! I’m tired of small thinking. The Lord‘s been talking to me about my attitude towards this blog even. Many people tell us they are being blessed by what Rebecca and I are sharing. Our readership is growing. But it’s not enough! We’re not satisfied.

And this blog is a lot of work. It would be much easier to just forget about it and spend our time doing the easy things.

But we want to speak encouragement to people. We want to say something that will change lives. Lots of lives. So we’re EXPECTING God to increase our readership—not by a few. By a few thousand. And several thousand after that.

I’ve written a book The Struggle for Love: The Story of Leah that I want to see in tens of thousands of readers’ hands. Why? Because I want to be rich? That’s not likely. No. Because it’s good! That’s what God said when he rested from creation week. It is good.

Maybe you’ve asked before and nothing has happened. Should you give up?

Matthew 7:7 Keep on asking and it will be given you; keep on seeking and you will find; keep on knocking [reverently] and [the door] will be opened to you. Amplified 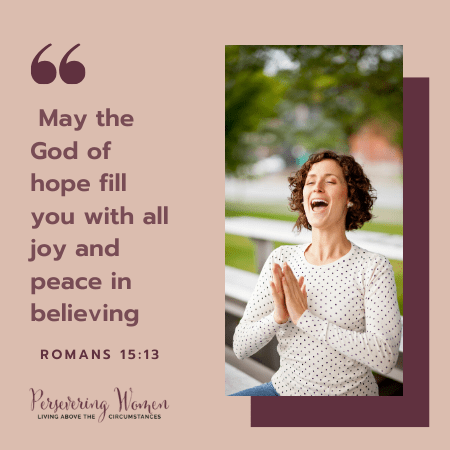 What is that good thing you’re wanting to do?

What is that good thing you’re praying for?

Expect it! Ask the Holy Spirit to guide your prayers. He won’t lead you to ask for the wrong thing.

Romans 15:13 May the God of hope fill you with all joy and peace in believing, so that by the power of the Holy Spirit you may abound in hope.

It takes the power of the Holy Spirit to help us abound in hope.

That’s our prayer for you in 2020. May the GOD OF HOPE bring you joy and peace in your believing. May the things you’re expecting God to do be done. Rebecca and I care. We really do. Have a wonderful blessed New Year.

P.S. If you’d like to help us with the thousands of new readers we’re asking Him for, please share. And it’s so important to us that people subscribe. It’s free, and you can unsubscribe at any time. THANK YOU!!